(English) Sexy Saturday Songs: Do it Like Dhanush - Agents of Ishq
Menu 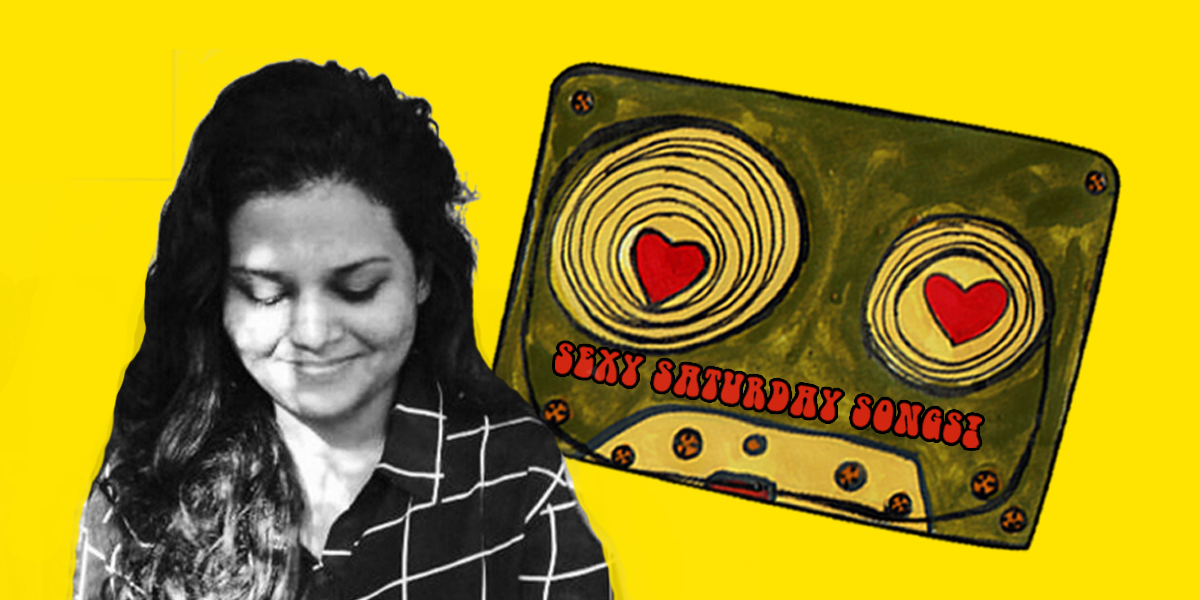 I like to believe that there is something about Avarna bodies in love where desire happens somewhat differently. It is more open, deeply shameless (the only kind that I want to know) more entwined (if such a thing is possible) and somewhat free-er. Their eyes don’t let go even if their hands have found places to go, to wander, to remain. Her eyes drink his weight, and her body – on his thigh, on his chest – sits heavily on the song. It helps that there’s fish curry simmering on fire, that they feed each other rice and fish. After all, eating fish from the hands of someone you love is, in memory and in real – a pleasure too big to fit in anywhere.

Anyone who’s eaten anything off/on the lover is barely eating food except when it’s fish because then they are eating smell, sweat, salt, and love.

After the eyes, it’s their feet that are constantly touching/teasing each other. At one point he says, “this fish-smelling body has become fragrant after your touch” – and for the first time in a Dhanush song – I don’t believe him. The fragrance is fish. And it’s nice that they are rubbing its smell on each other’s faces.

Innum Konjam begins with a kiss and moves onto other things. Here, even though the song is the many beginnings towards a kiss, the kiss never happens. And that’s why it’s the sexiest Dhanush song. That and because, like the kiss that is now going to happen but never does, the song takes you from one pause to another until it blooms into a large blush.

Towards the middle of the song, his voice falls into that dip that is the opposite of an echo, which is like that slow moving of a lover’s lips when they address you from the corner of their mouths. It’s what gives you the impression that while singing this song, Dhanush was buried deep in her hair and neck, his eyes drowsy with love.

The memory of a first love doesn’t belong to us. It doesn’t belong to them either. It belongs to songs. It’s where the feels are most alive. Of its endless playing in the head, the anticipation of touch, and the memory of the memory of an accidental brushing-past. In this song, Dhanush’s voice is the stuff of nods and smiles exchanged in public, the sudden weight that hands seem to gather only in theatres, the unbearable attention we give to their bodies – parts we’d never noticed in anyone before – throat, mole on a finger, the way their folded sleeves sit so attractively, so casually on their forearms, and that rare shared laugh – ones that begin with a whisper and end in murmurs before disappearing behind your neck.

Long ago, a friend and I were relieved to find that we both felt the same way when we saw Dalit men attracted to Savarna women – insanely irritated. We had never been able to talk to anybody about this. There was always guilt and shame. Who wants to confess silly things like jealousy and annoyance when even Ambedkar was clear that this mixing is perhaps one way out of caste? Even so, watching Dhanush fall in love with Anglo-Indian women (Aadukalam) or white women (Pakkiri) has always been a delight, and a lot of relief.

This is a song full of looking, feeling, wanting, and desiring from a distance (the way I am most familiar with).

Dhanush brings to life here the seriousness with which we proceed to imagine time with a lover. How even being near to them no matter what they are doing and how much they are not paying us any attention doesn’t matter as long as we are around them. If it’s stalkerish and violent, then I am most guilty. At least Dhanush is only just acting. Leave him alone. Take me.

The only real danger I am concerned about is how useless and utterly small we feel when this imagined time with them leaves us nowhere in real life because eventually there’s only inattention from the other side.

This song taught me to dance. It’s the only kind that I do with some legs, both hands, a lot of bum, and all my heart. I feel most sexy while doing this. It taught me many other things too – like celebrating being in love, and celebrating it alone while your friend watches you happily at first and then worriedly. It taught me to bring shamelessness to whatever I am doing – dancing, loving, writing, and living.

It is gruellingly hard to find your own voice especially when there are so many who’ve come before you and conquered it all. And to find that no one here seems to be speaking your language is harder. In the middle of it all, to hold the ends of your lungi and swing your legs and body this way and that – and just doing what you came here to do is a lesson I am still learning.

Vijeta is from Bangalore. She spends her non-teaching time whining about writing and teaching time dreaming about food. She writes at rumlolarum.com