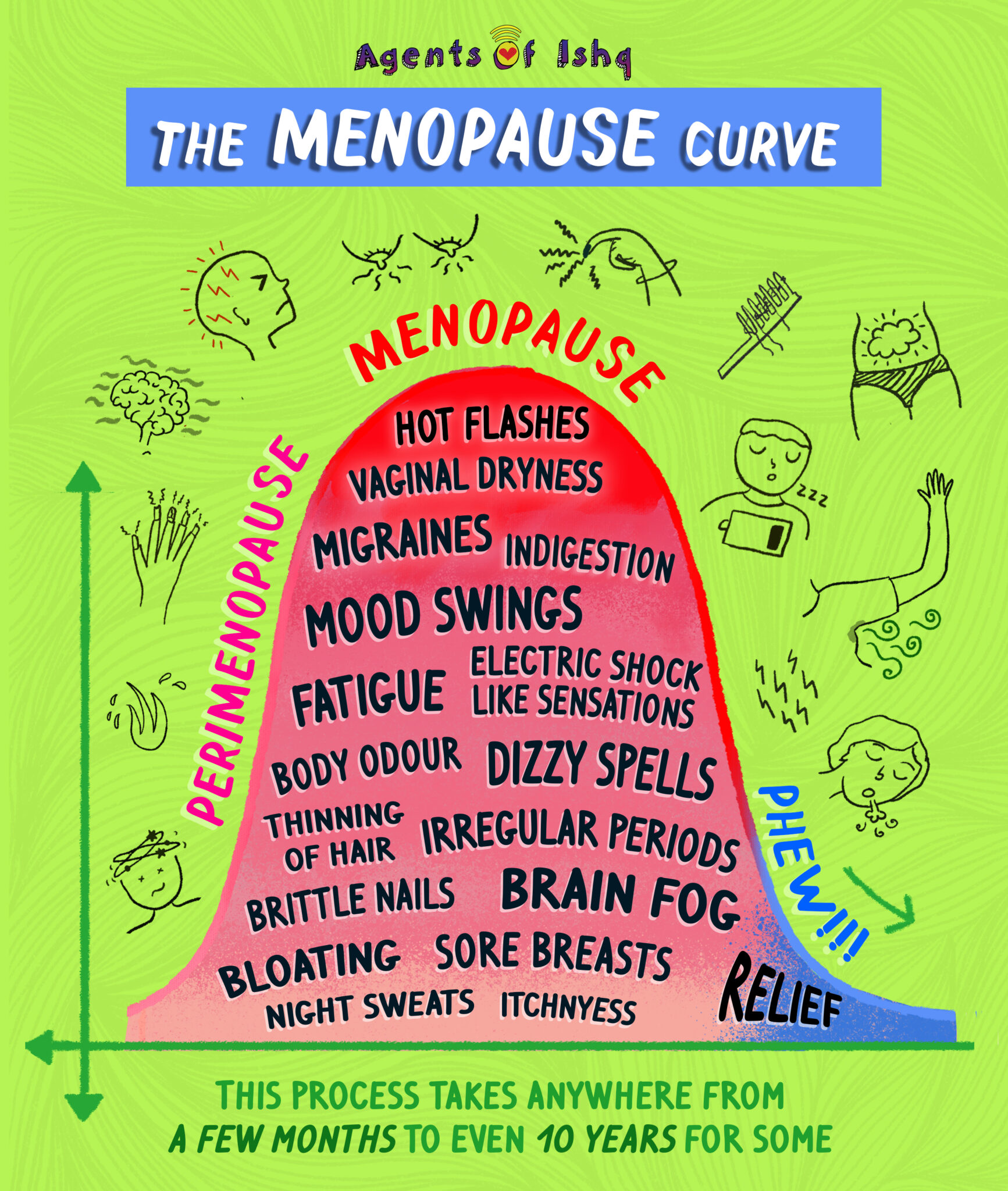 Menopause is more of an easy sexist butt of jokes, than a phenomenon we take seriously. In all the conversations about menstrual health and discrimination, menopause is missing, just like periods go missing (ragad ragad ke) when menopause begins.

It’s a double discrimination against women and their bodies, sexism pe ageism free.

It’s often called “the change” but is not quite as simple or smooth as downloading an update on your phone. Menopause is more like a parabola – an arc of time that starts with perimenopause, peaks with menopause, and then settles, phew! This arc of time could be months, or it could be years. It differs from person to person!

In essence, menopause is all about the body experiencing hormonal changes, and like at puberty, these changes can cause upheavals.

Here are some common signs of menopause –