Not Seeing You Later, Ovulator : What Happens To 'U' When The Uterus is Removed? - Agents of Ishq
Menu 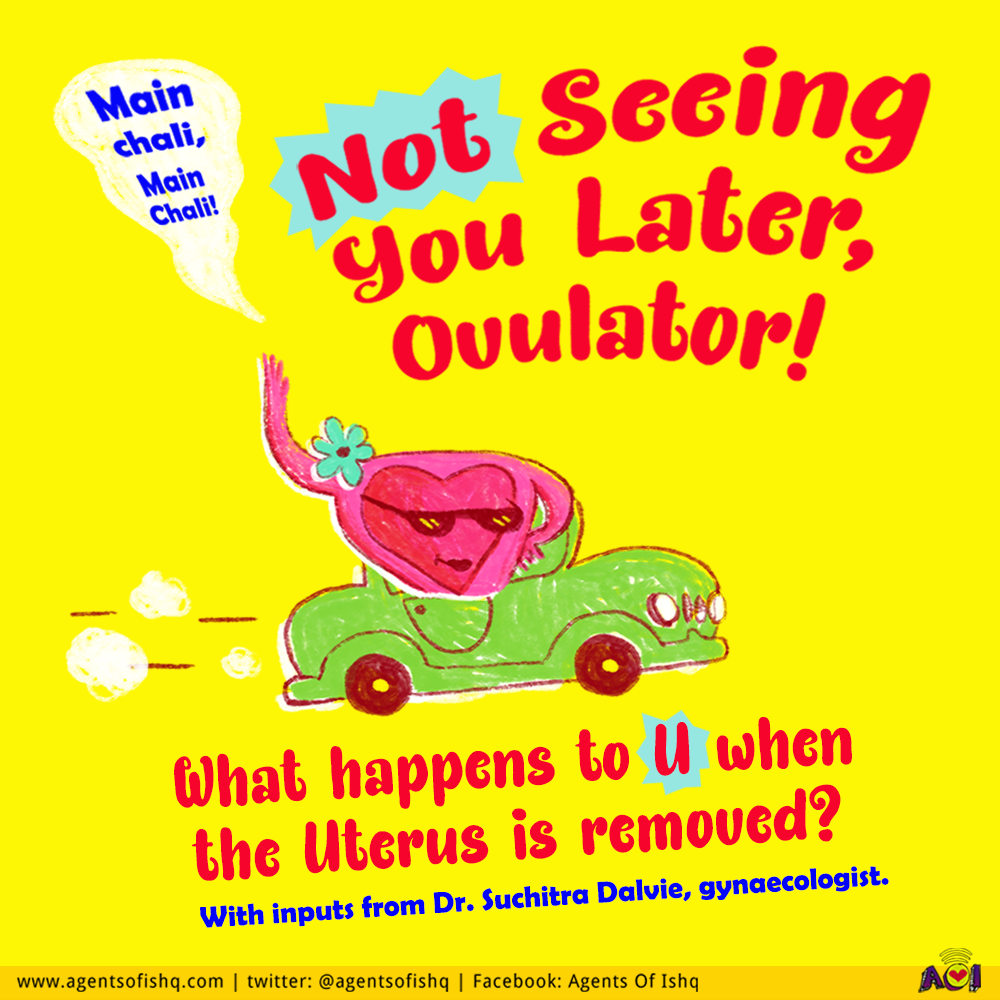 The number of uterus removal surgeries aka Hysterectomies in India is two times higher than in the US. According to a report that studied the patterns of hysterectomy in India, 3% of Indian women aged 30-34 and 11% over the age of 45 are reported to have undergone uterus removal.

How much do we know about the second most popular gynaecological procedure in the world?

We had some questions about hysterectomies, so we did some research. 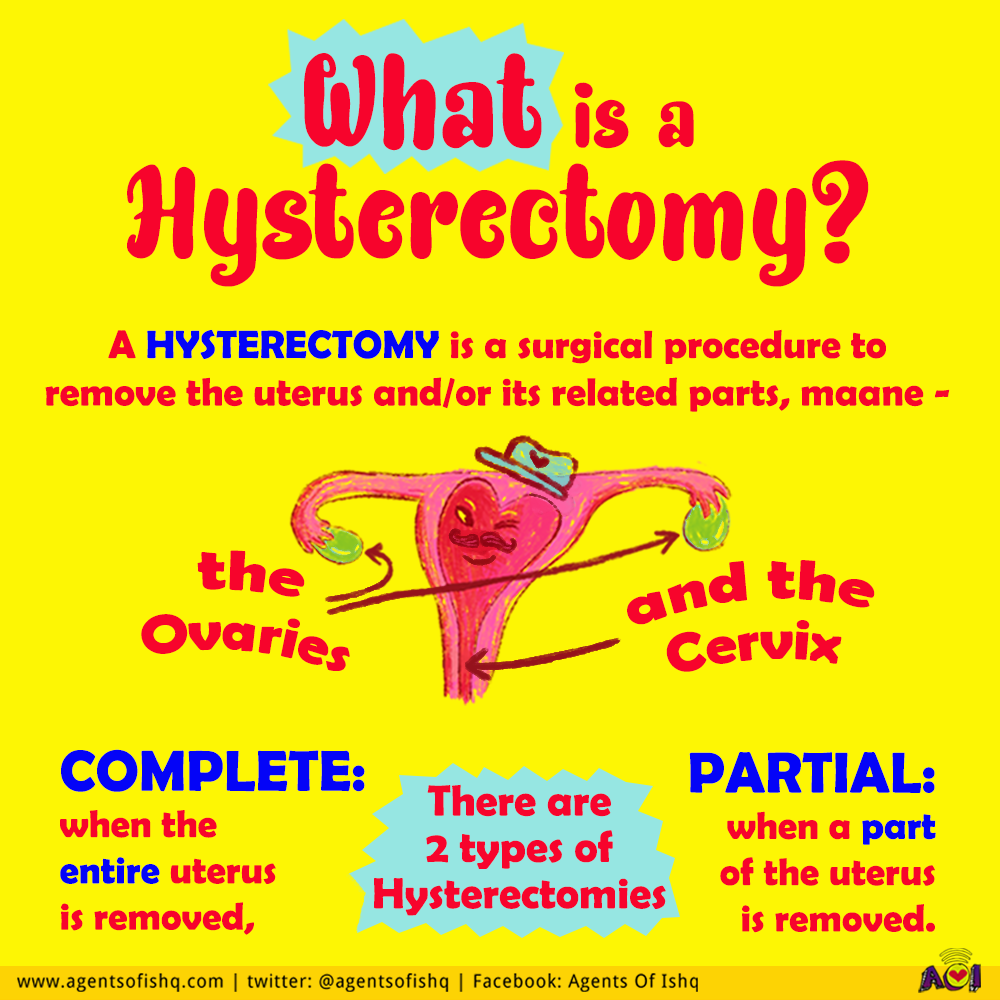 HYSTERECTOMY is a surgery to remove the uterus and/or its related parts jaise the cervix or ovaries. There are two types:

Complete hysterectomy yaniki the removal of the entire uterus and cervix.

Partial hysterectomy yaniki the removal of parts of the uterus, or only the cervix or ovaries. WHY IS A HYSTERECTOMY DONE?

The most common reasons include: After a hysterectomy, people may experience:

A hysterectomy in which the ovaries are removed can result in arthritis (swelling of the joints) or osteoporosis (weakening of the bones). This is because of a drop in the level of the hormone estrogen. Estrogen helps the bones absorb calcium which is important for bone ki shakti.

For women who have already reached menopause, the risk of diabetes increases after a hysterectomy. 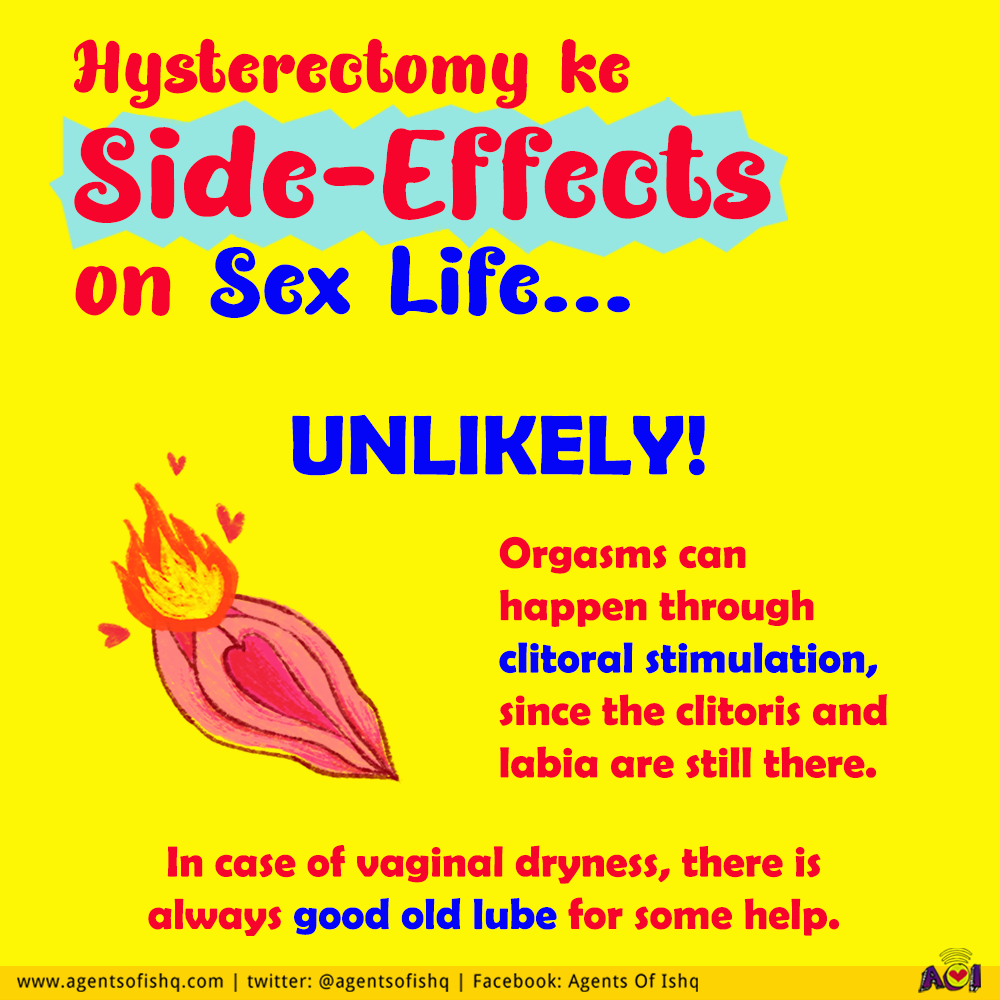 Reduced estrogen levels may reduce natural vaginal lubrication which can cause vagina mein dryness.. But lube hai na, to do the job! 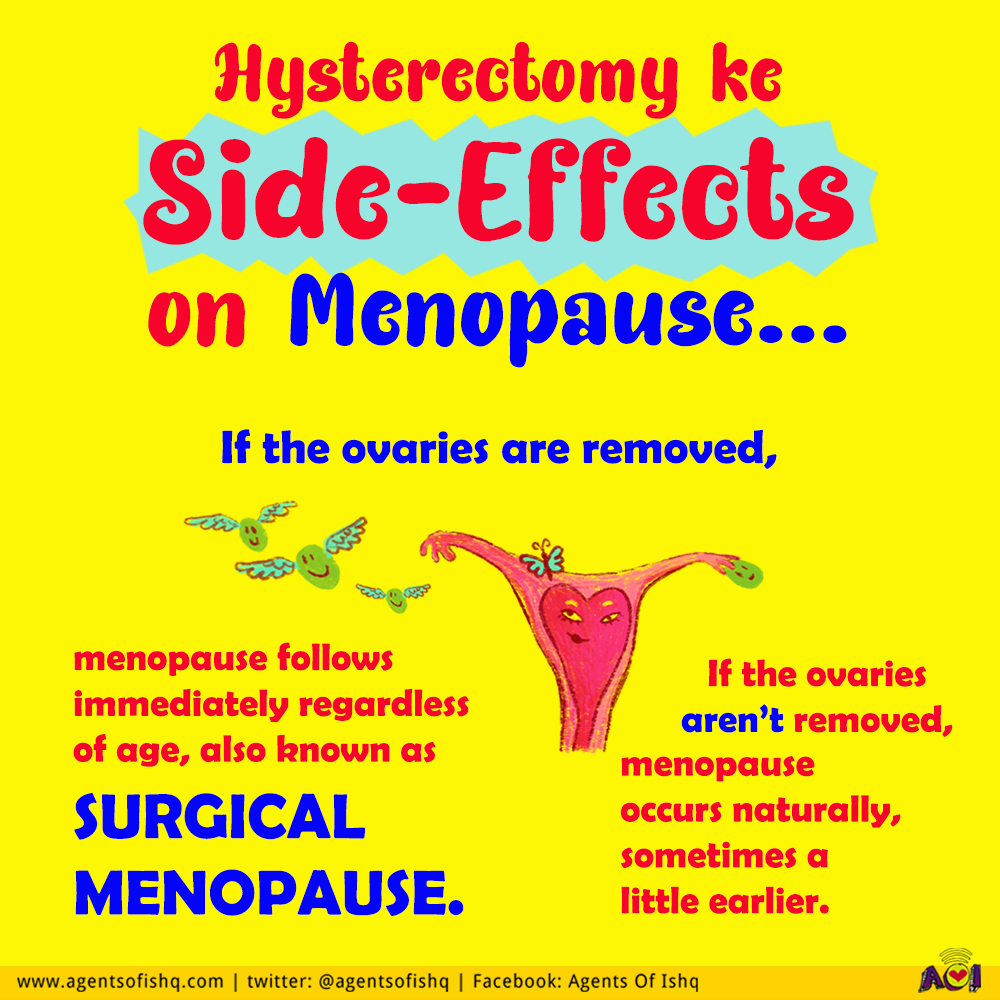 Menopause follows immediately if the ovaries are removed during surgery. This is known as a surgical menopause.

If the ovaries are not removed, menopause-like symptoms may occur for a short time jaise hot flashes. This happens due to a disturbance in the blood supply to the ovaries. Through recovery, the symptoms reduce. The ovaries will continue producing hormones and eggs till natural menopause is reached.

(P.S.: A hysterectomy, without the removal of ovaries, can result in a slightly earlier menopause.) 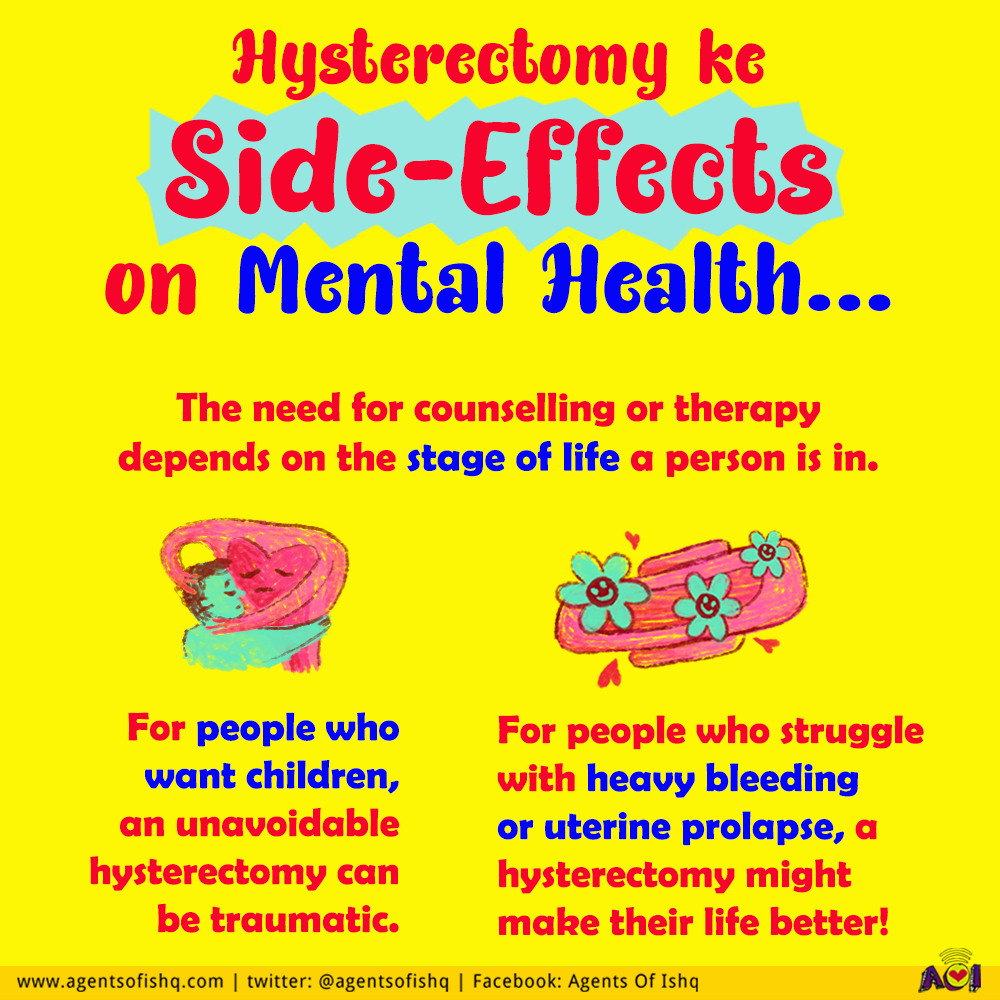 A hysterectomy can affect mental health depending on the reason for it and the stage of life the person is in.

For example, for a person who plans to have children, a medical need for an early hysterectomy may cause emotional distress. They might require therapy or counselling. In another case, for someone who struggles with heavy bleeding or uterine prolapse, a hysterectomy might make their life better. ARE THERE ALTERNATIVES TO A HYSTERECTOMY?

If the condition is not severe, then there are alternatives to a hysterectomy.

For heavy bleeding, medication or the insertion of Mirena, an intrauterine device (IUD) that regulates the menstrual flow, have proven to be effective.

For a single fibroid, a fibroidectomy is performed to remove only the fibroid.

In the case of endometriosis, a laser surgery or an endoscopy (a procedure in which a narrow tube is inserted through the mouth) is performed to remove only the affected parts of the uterus. WHAT IS HORMONE REPLACEMENT THERAPY?

Hormone Replacement Therapy or HRT is a treatment to replace the hormones whose production decreases during perimenopause, yaniki the phase before menopause, or post-menopause.

HRT was initially meant to treat osteoporosis caused by the drop in estrogen levels. The current practice of HRT involves a combination of two hormones – estrogen and progesterone because HRT with estrogen alone has shown an increased risk of uterine cancer if the uterus hasn’t been removed.

Some studies have also shown that HRT can lead to heart-related concerns.

A hysterectomy or HRT are not blanket solutions for menstrual issues. They depend on a variety of factors such as medical history, lifestyle, age, phase of life and mental health. It is best to consult a gynaecologist before opting for either.