Images and Imaginations of Sex - Agents of Ishq
Menu 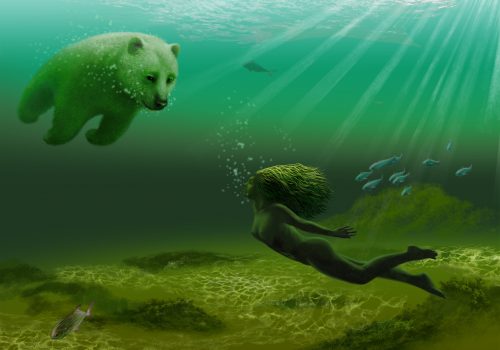 As teenagers growing up in a fairly sex-segregated world, and struggling to deal with our budding sexualities, I remember going to the movies with friends, and then afterwards hanging out looking at girls passing by. We would comment amongst ourselves – what we liked or didn’t like about each of the girls – seeking affirmation from each other about our tastes and desires.

One day, one boy in our group called out to a girl who didn’t meet with his approval and shouted “I want to cover the face and ram the base!” Fortunately for her, she was already out of earshot – but the rest of us were shocked. There was such a raw hatred packed in that idea – of simultaneously violating someone and obliterating her identity – that it struck me like a punch in the gut. I have never forgotten that moment, and now I understand that it was perhaps my first encounter with that place in our 14-year-old brains that lies at the very root of rape culture. When Little Bear and Goldilocks grew up

Perhaps that has something to do with the fact that, in our times, notions of beauty, desirability and sexuality in general, and of feminine beauty in particular, are shaped not in the realm of art or religion, but in the domain of industry – in particular, the multi-billion dollar fashion, beauty and entertainment industries.

And like my 14-year-old friend, this industry has an interest in covering and uncovering different parts of people’s bodies for selective viewing, attention and treatment. This set of artworks are intended not just to celebrate the beauty of human bodies and sexual love, but also to challenge the industrialized sexuality of our times – which, in combination with our stifled cultures of silence, produces the multitudes of skewed, violent, hate-filled forms of sexual expression we live with.

I offer these images as a Call to the Imagination – For That Is Where CHANGE IS BORN.

Before we can create something, we have to imagine it.

So, can we all sit back for a while, and…

Imagine all the people, Making love in peace?

With due affection for John Lennon, who, along with many others before and after him, imagined similarly!

Orijit Sen is an Indian graphic artist, designer and co-founder of People Tree. His works include the graphic novel, River Of Stones, and he has worked with various projects such as the PAO Collective, A Place in Punjab and Mapping Mapusa Market.