How to Muse a Man  - Agents of Ishq
Menu 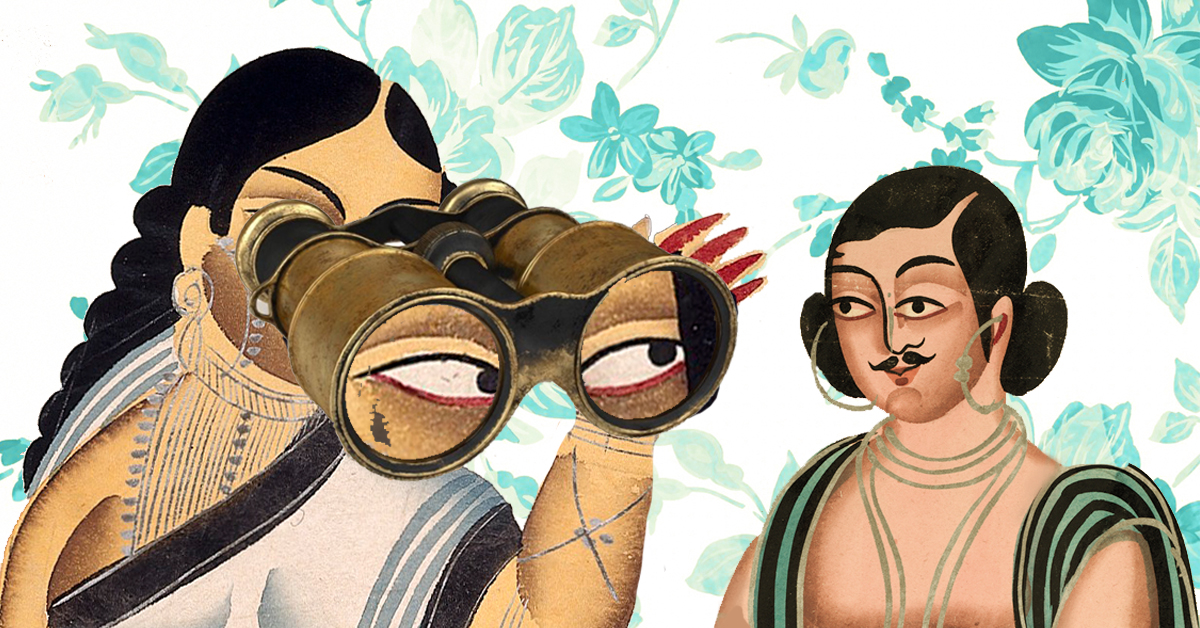 The first time I read Kamala Das’s The Looking Glass in my empty college library I knew someday I wanted a muse; someone on whom I could shamelessly project my desires despite knowing its futility. That was the first year of my graduation. Kamala Das’s slim book of poetry made me realize that a muse can certainly unlock a person’s creativity. I kept Das’s poetry carefully written on a piece of handmade paper for years with me.

“…Admit your
Admiration. Notice the perfection
Of his limbs, his eyes reddening under
The shower, the shy walk across the bathroom floor,
Dropping towels, and the jerky way he
Urinates. All the fond details that make
Him male and your only man…”

Das’s lines had opened a new way of viewing men for me. Perhaps a softer one.

In my final year of graduation I read Rosallyn D’mello’s A Handbook for my Lover. It was a memoir of a decade long love affair with a man. This time again it taught me something. It taught me how to own the dissection of your muse.

At 21 I was questioning the institution of marriage and what happens to the lover as muse when he becomes your husband. Around the same time I came across Anne Carson’s work “The Beauty of a Husband in 29 Tangos”. The poet here muses her husband in a rare and brutal manner.

my husband. So why did I love him

and the divorce decree came in the mail?

Beauty. No great secret. Not ashamed

to say I loved him for his beauty.

As I would again

if he came near. Beauty convinces.

You if anyone grasp this-hush, let’s pass

Two years later I came across Chris Kraus’s 1997 part fiction part auto-biographical novel ‘I love Dick’. For me, it was a most pioneering work that had so unapologetically crafted the idea of musing a man. Dick, in the novel, is a character through which the protagonist, Chris’s desires are portrayed. I Love Dick taught me the possible extents of obsession–for a woman. The writer of its television adaptation, Sarah Gubbins says in one of her interviews with Vanity Fair (May, 2017) “I don’t know why you would get up in the morning if you didn’t have a Dick.”

Dick, the character in the book is based on a cultural critic and theorist – Dick Hebdige. But Dick, for us readers is a metaphor of the ever so unattainable and hence enigmatic objet de désir on whom we project our obsessions and fantasies upon.

But before we move ahead, we keep in mind that the muse is essentially a fantastical creature. The muse’s personal story, his/her childhood days, his/her affair, education, qualification none of it matters. A muse is essentially a blank canvas for you to imagine what you want them to be.  In fact, the lesser you know about know them, the better. You need the blindness with a tincture of delusion. It’s not really about the muse, but about you, your swirling desires. So can I, as a woman, project my fantasies on any man without being rebuked by society? Although, if you ask men, they might say “Oh! I would love to be a muse.” However, every time the same is done, neither does the audience feel a part of it nor does it end up being the show-stopper. Take for example the 2012 Bollywood movie ‘Aiyaa’. It was not well received by the audience. Why? Probably the protagonists’ actions such as following the man to his home, identifying him by his scent as passed on a street or a hallway, stealing his shirt were all too appalling for the viewers. For me, the film was an unfiltered portrayal of desire; a creative product of instinct. The actions of the heroine, the memory of scent, the utter tangibility of wearing the beloved soiled clothing feels urgent and essential to me. There are countless contemporary films with similar narratives; only with the gender roles reversed.  The scene from Italian film ‘Malena’ where the young boy steals the protagonist’s underwear never received much critique. The scene is passed off as teenage fetish and the sexual exploration, perhaps only muffled by the audience’s laughter.

For years I kept mental notes for every man who walked into my life and felt like a muse. I kept track of each of their twitches and birthmarks.  I could recognise their gait in a crowd. Sometimes the exact shade of hair or sometimes a stray grey beard giving away their age. You see chronology of events play an important part in memory and sometimes these carefully noted features of each muse merge into one, creating a mythical one rather. But the more I kept my fantasies alive, the more power they had over me; until they revealed themselves too much.

The next question that arises is- Are men comfortable with such passivity and ornamental adoration that is used in the artist-muse story?

In I love Dick we eventually come to terms with Dick feeling humiliated with the protagonists’ gestures–“exposed” is what he feels rather than celebrated. Take another example. In a more recent Netflix series Easy, the series on a graphic novelist named Jacob who has built a career around autobiographical novels based upon details of his relationships with women in his life. His character, throughout, is shown to pay least attention to his ex-wife’s feelings being hurt by his creative process. Although later in the story, we see the roles reversed as he feels equally helpless after seeing photos of himself in an exhibition, which were taken without his permission after a one night stand. The point of the argument being- a muse is made to feel powerless and limp and men, unlike women, could never happily gulped down their mis-portrayals by their women counterparts, no matter how automatically they do it with women. I think they overreact and cannot take it as a compliment like we do. Or, well, like we are supposed to. The tables have been turned at times and someone has periodically recorded all the quirks of a man, counted his reflexes, his qualms, the body part where it aches the most and laid it out to the world. But female desire or obsession is still mocked. How can a woman put herself through such debasement? A female writer is made to doubt her desire and questioned on why she centred a creative piece on a man. Aren’t these too-intimate details of your life? Why would you want to share them with the world? Why would we want to read about them? Why such obsession?

Women have had muses since long; only without record for the most part. Rosalyn D’mello writes in her book, “…Yes, men made for good muses. Sometimes I couldn’t tell if my writing depended on adventure, or if the adventure was incumbent in order for me to write.”

Three years back, when I wrote a piece on paradox of choice in modern love based on a conversation I had with a man-friend, he read the piece within ten minutes of its publication and wanted to me to meet him for a coffee the same evening. Over coffee, he said he felt misunderstood and offered further notes on what he actually felt on the same. This time I didn’t keep a mental note of words but rather of his heightened emotional/intellectual reaction.

Female desire expressed in any form of artistic expression gets categorized under feminist culture whereas male desire forms the mass culture. When we categorize a work of fiction strictly under feminist literature, we are already channelling our fear and burdening it under the weight of gender politics, not the wild and untamed land of popular culture.

The truth is I am still waiting to write about my muse. The jittery prance in the kitchen when he cooks for you the first time, the nervous confessions of familial burdens, the ashen face when faced flooded by unknown emotions, the peeling away of masculinity. Why haven’t I already written it you ask when I’m putting these fragments before you? I’m still waiting, to abandon guilt, to find a man that I can make my muse

Jahnabi Mitra is a psychologist and an independent researcher, currently residing in Guwahati, Assam. She is currently working as a faculty member of the Department of Psychology, Royal Global University.