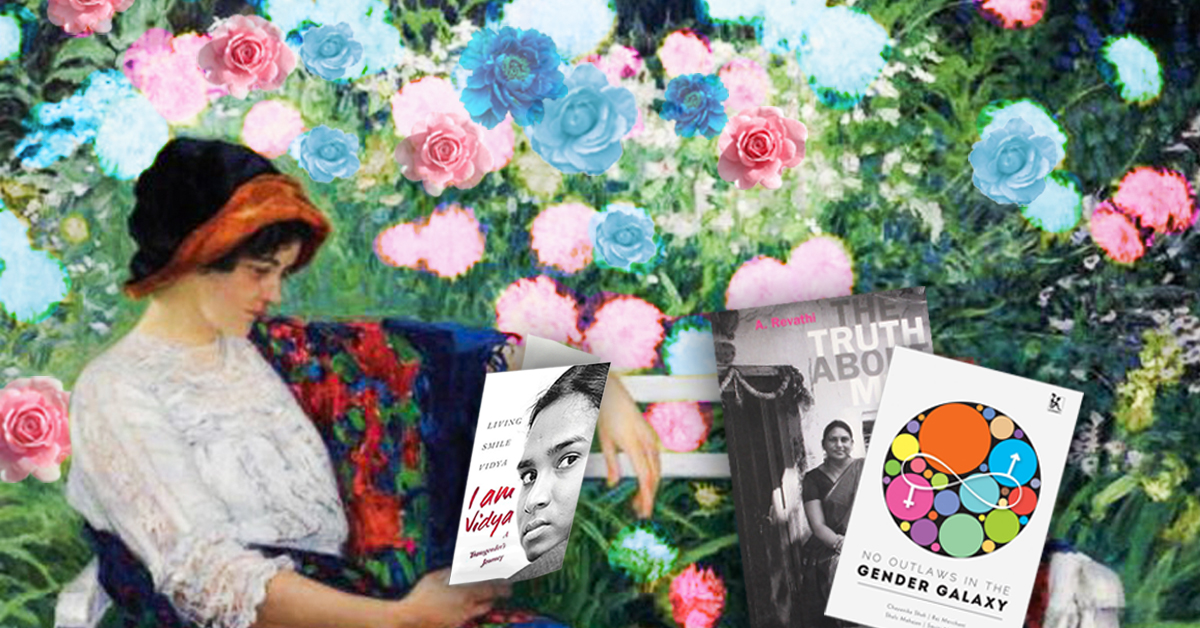 Agents, it’s March 31st and as we celebrate the International Transgender Day of Visibility, we think it’s time for another fulfilling AOI reading list. Here are ten books dedicated to stories, sometimes fictional, of transgender people’s lives in India, that are not always found on our reading lists. Chalo padhein, kuch ansuni kahaani? 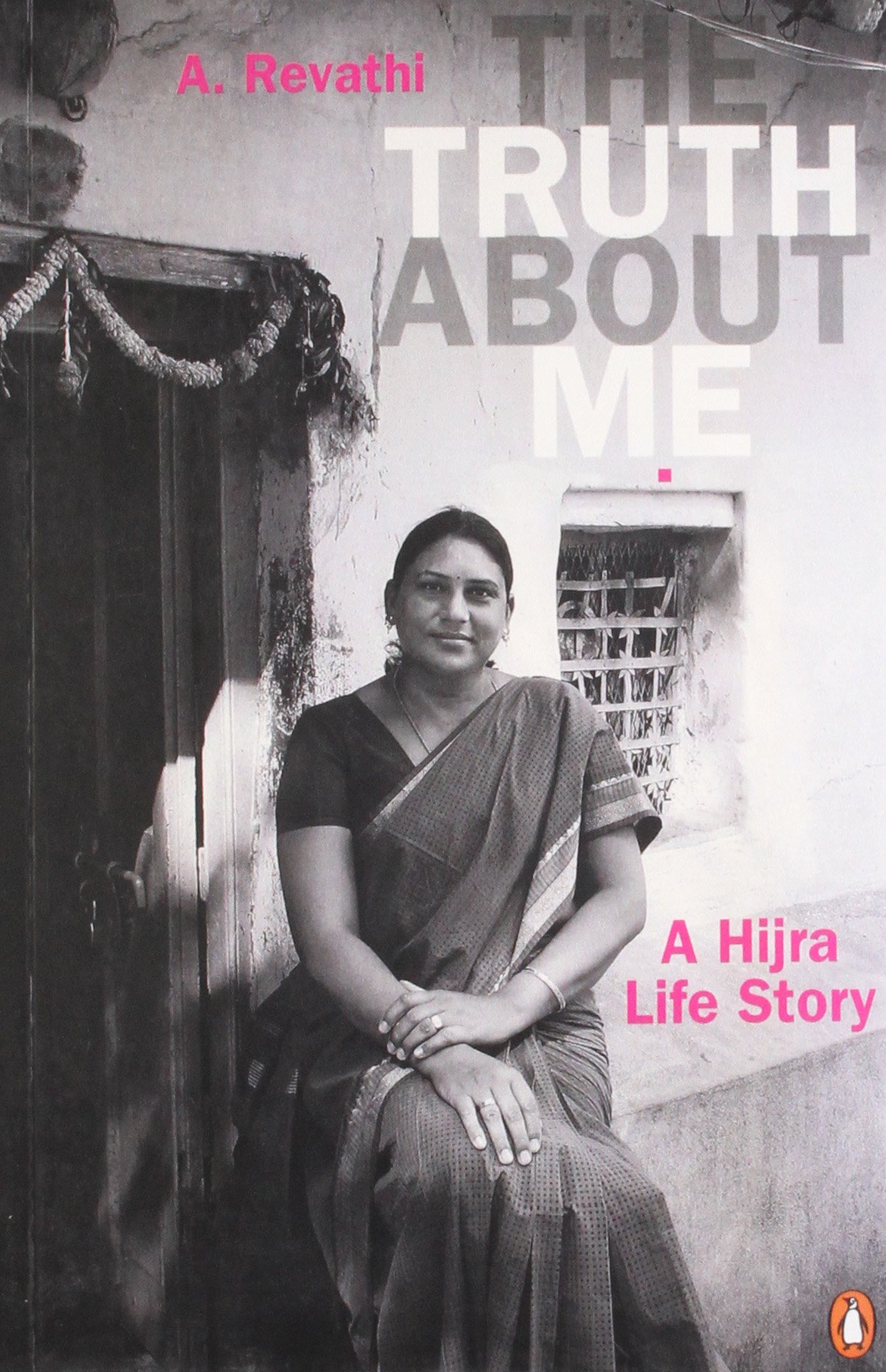 The Truth About Me is an autobiography by A. Revathi. Assigned male at birth, Revathi is bullied all her life for her feminine ways. At the age of 15, she runs away from home to live with the hijra community. The book details her day-to-day hurdles and experiences, from undertaking a painful gender-affirming surgery, to taking on sex work in order to make ends meet, to ultimately becoming a well-known and liked trans activist. “I am the epitome of sluthood—I can be the ultimate seductress and I can also suddenly become otherworldly, divine and naive. I’m like a serpent, slippery.” This is a gung-ho memoir of well-known transgender activist Laxmi Narayan Tripathi, co-written by journalist Pooja Pande. When they began their collaboration Tripathi told Pande that “she wanted to write a book about dicks.” Each section of the book is thus devoted to a different possessor of a penis – friends, mentors, lovers, quasi brothers and so on. In this exploration of masculine entities in her life, she also lovingly embraces Raju, the person she once was and still is, sometimes in the mirror and often in her relationship with her family. Laxmi’s acceptance of herself and her life is sometimes thrilling and often plain old inspiring. 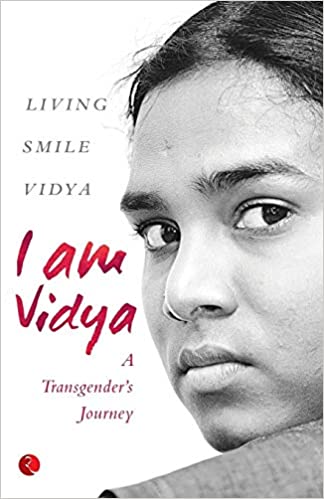 Living Smile Vidya, Chennai-based trans woman activist and actor wrote her memoir Naan Saravanan Illai, Vidya (I am not Saravanan, I am Vidya) back in 2004. The memoir was based on her blog in which she talked about her transition, love and politics among other things. “I love the window seat in trains,” begins the book. Since then the book has travelled and travelled and travelled offering a window seat to so many readers in multiple languages. Take the Kannada translation – first the translation won a Sahitya Akademi award and then inspired a movie which won national awards for its trans lead actor Sanchari Vijay and a state award for Vidya. Run, don’t walk, to the nearest translation. 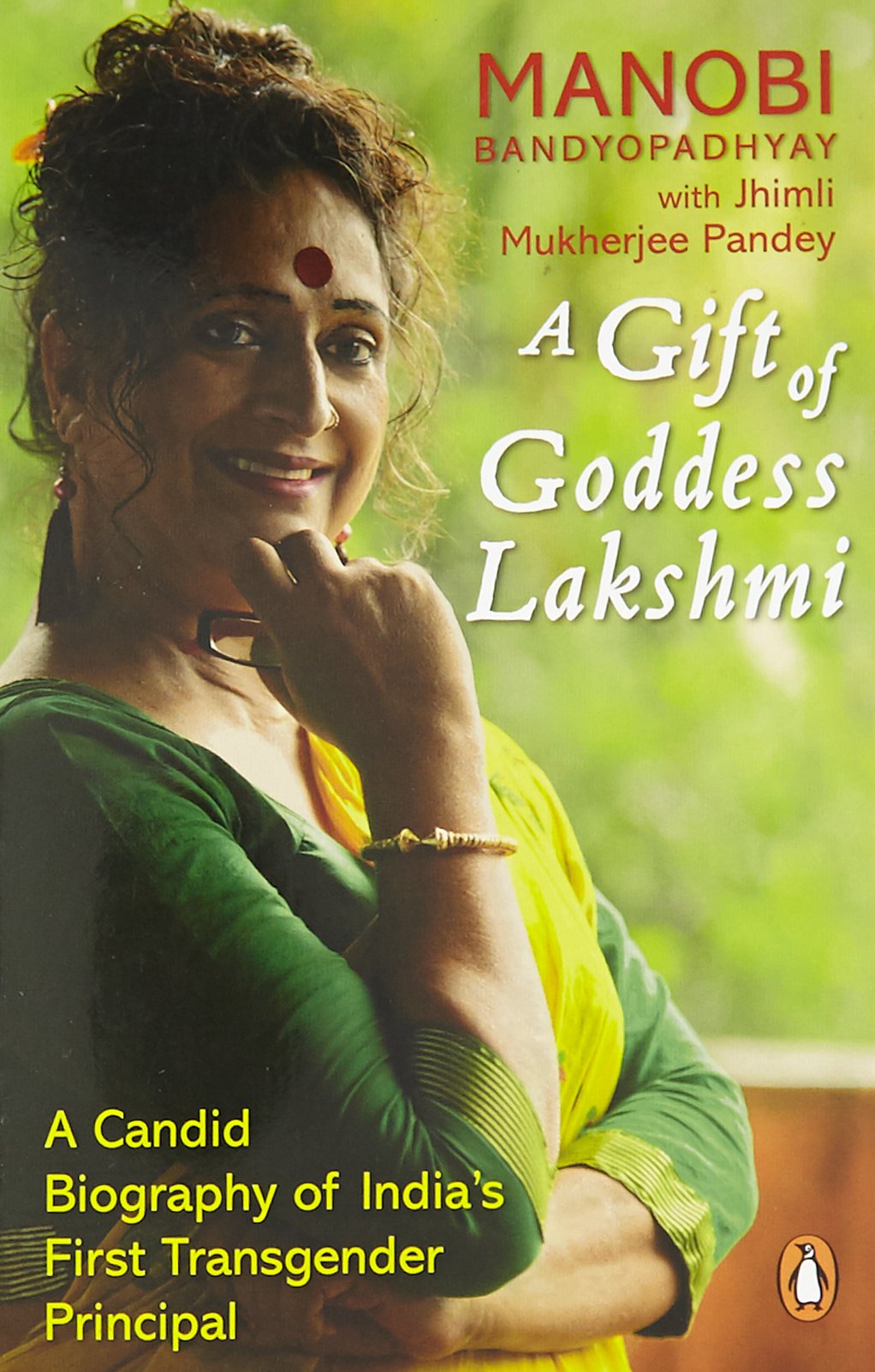 “A candid biography of India’s first transgender principal” is what the book describes itself as. Manobi Bandopadhyay takes us through her childhood, through her fight to pursue education, and to when she finally becomes the principal of a girls’ college. She becomes an inspiration to her entire community, in her battle for a life of recognition and dignity. 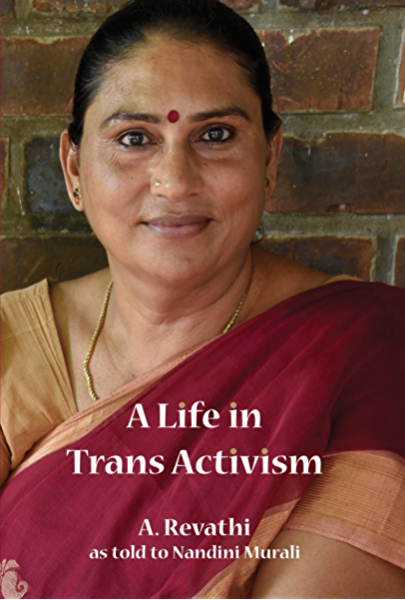 Revathi’s first book, Unarvum Uruvamum (roughly ‘feelings and the body’ in Tamil) was about her research among aravanis in Tamil Nadu. Her next book, a ground-breaking memoir, was translated into English as The Truth About Me. This new book takes up from where The Truth About Me ends. How did a quiet aravani with a poetic bend rise from office assistant to director in a large Bangalore NGO? How did she go on to become an important and independent activist, actor and writer? In this book Revathi also talks about the lives of transmen and her maternal feelings towards several transmen. Revathi’s third book is as fascinating as the previous two. Shikhandi and Other Stories They Don’t Tell You – Devdutt Pattanaik (Penguin India, 2014)

The popular storyteller has several brilliant gems in this collection of  queer figures  in mythology from India and elsewhere. You may have heard of Shikhandi from the Mahabharata, who was born female, and reborn as a man. But did you know that the apsara Urvashi was born from a pair of warriors, Nara and Narayana? Why did Bhishma castrate himself? Where did the hijra learn her clap? The book is full of satisfying answers and even more satisfying questions. A research study that attempts to understand how gender works by following the lives of queer people assigned female at birth. Through their lives and experiences, No Outlaws in the Gender Galaxy explores how gender plays out in everyday spaces – the home, the public, work spaces, and educational institutions. The book points to the constructed “naturalness” of the sex and gender binaries, and numerous gender laws, showing through lived experiences how there will always be gender “outlaws” in this world that allows for no outlaws. The first book by Dayanita Singh, a Delhi-based photographer. The photojournalist was on an assignment in 1989 when she first met Mona, a trans person  living in the Mehndiyan graveyard of Old Delhi. The book is the journey of Mona’s life shown through photographs, and emails from Mona to Mr. Walter Keller, who published Myself, Mona Ahmed. The portrayal of Mona in the photographs shows us the relationship of comfort and love between Mona and Dayanita.

“Mona is one of the most precious gifts photography has given me. In this class-ridden society of ours, there would be no meeting point for Mona and me, were it not for photography,” writes Dayanita. The book is an ethnography of sexual and social diversity in India, presented through personal accounts. Reddy navigates the Hijra community, and sheds light on the everyday struggles against social stigma, through thought-provoking narratives. With Respect to Sex: Negotiating Hijra Identity in South India points to the hijra community’s complex relationship with sexual and moral economies. A transgender sex worker named Madhu, from Bombay’s Kamathipura – the red light district – receives a call from the much-feared brothel owner in the area. The “parcel” had arrived – a ten year old girl who had been sold by her aunt, and needed to be prepared, by Madhu, for what was to come. Madhu’s own life’s journey slowly unravels, as she struggles with her moral dilemma about the task at hand.