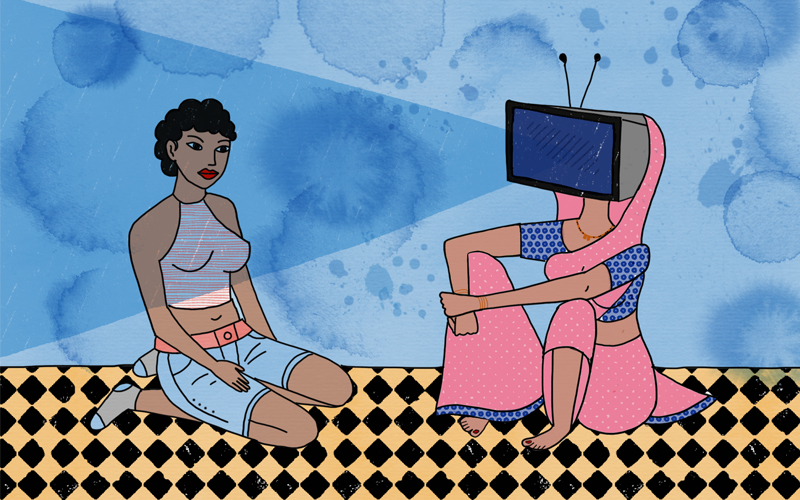 About six months ago, my mother called me on the phone, and said, “mujhe blue film dekhni hai”. “Wow,” I remember thinking, that term still exists.

Later, I spoke to some of my colleagues and friends about this conversation. I’d say, “Hey, do you want to hear this bizarre conversation my mum just had about sex?”, and they’d get really uncomfortable and say, “Uuuuhh, we don’t want to hear about that.” People are awkward about the idea of their parents having sex, but why would they also be awkward with hearing about what my mother or what she has to say? 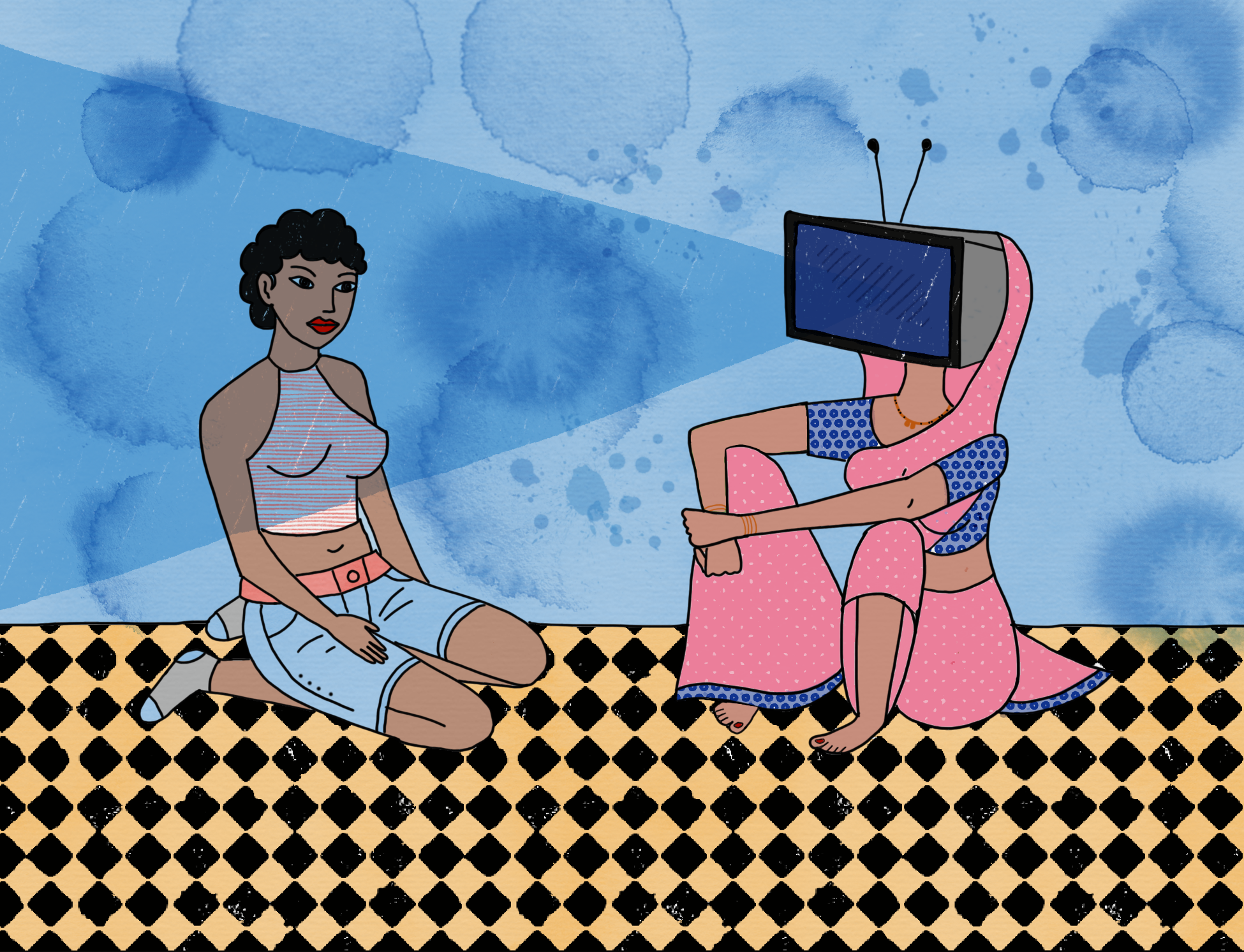 What makes sex a topic of conversation which should be avoided at all times within families? I am a polyamorous pansexual individual and have had multiple conversations around sex with a number of people — age, gender and familiarity level no bar. Talking about my personal experiences or general conversations around sex has never bothered me. Yet, when it comes to discussing sex with my parents, it becomes a point of discomfort for most. Parents, like any other set of individuals, have sex, yet conversations about their sex lives, is something most of us are not easy around — although we will readily share articles about how parents should accept their children’s sex lives! So why not the other way around? When I mention my parents’ sex lives to my peers (and sometimes even when I think about it to myself) I feel a bit strange. My friends have told me that they feel uneasy even when siblings spill the beans on their sex lives.

My mother is a very cool person, ahead of her time, but somehow also very much part of the society she comes from. I feel like my mother would be a very different person had she not been in Kanpur. She lives a fairly independent, pretty content life. She’s a housewife in her fifties, and performs many tasks that are generally entrusted to men. Bank work, paperwork or documentation, taking care of the office… if I had to ever get my passport made, it’d never be my father I’d turn to. My mother, she gets things done. She also believes that women should have their own money. My mum’s assumption is that there are many things that men will not allow you to do, so you should save your own money. So when you want to do something, you can use your own savings, and not be answerable to anyone. So, she’d go around helping other women put money in their bank accounts, providing logistical support when a friend wants to start her own small business, and keeping busy.

So much of my feminism has come from the ways my mother has responded to patriarchal notions. I’ve heard stories of her childhood where she was not allowed to get an education, but she maneuvered, and told her family, “This is the college I’m choosing. The bus will drop me outside the college, which makes more sense for me because otherwise, I won’t be able to get an education at all. So, let me just make a choice that will ensure that my brothers don’t think I’m going somewhere else.” On the topic of my marriage, she’d say that people want women to get married because they can’t earn. Now that I’m earning for myself, she’s okay with me not getting married, even though relatives object.

I moved out of home for college when I was 18. Around that time, once, my mother called me and said that she felt depressed, like her life had no purpose. Alarmed, I came back home promptly, and she told me, “teen maheene se tumhaare papa ne humko chuaa bhi nahi hai(Your father hasn’t even touched me in the last three months),” which was her way of saying that they hadn’t had sex. I remember thinking, “What am I supposed to do?! I can’t really go to my father and say, ‘well, get it going!’” It felt really bizarre back then.

But it wasn’t the first time we’ve talked about sex. Over the years, I have had a number of conversations with her, where she has spoken of her sex life, the idea of pleasure, erotica, sexual desire, sex as taboo, procreation, motherhood, etc. My first distinct memory of such a conversation was when I was in school. A relative who had recently gotten married came to my house to ask her some advice. My mother asked me to go to my room. But later she discussed the conversation with me. The relative had some out-there questions, like “Do we have two uteruses?” Being a teenager who was studying some biology in school, I remember thinking, “Wow, she is way older than I am. How does she not know?!” It was my first realisation that women knew so little about their own bodies. 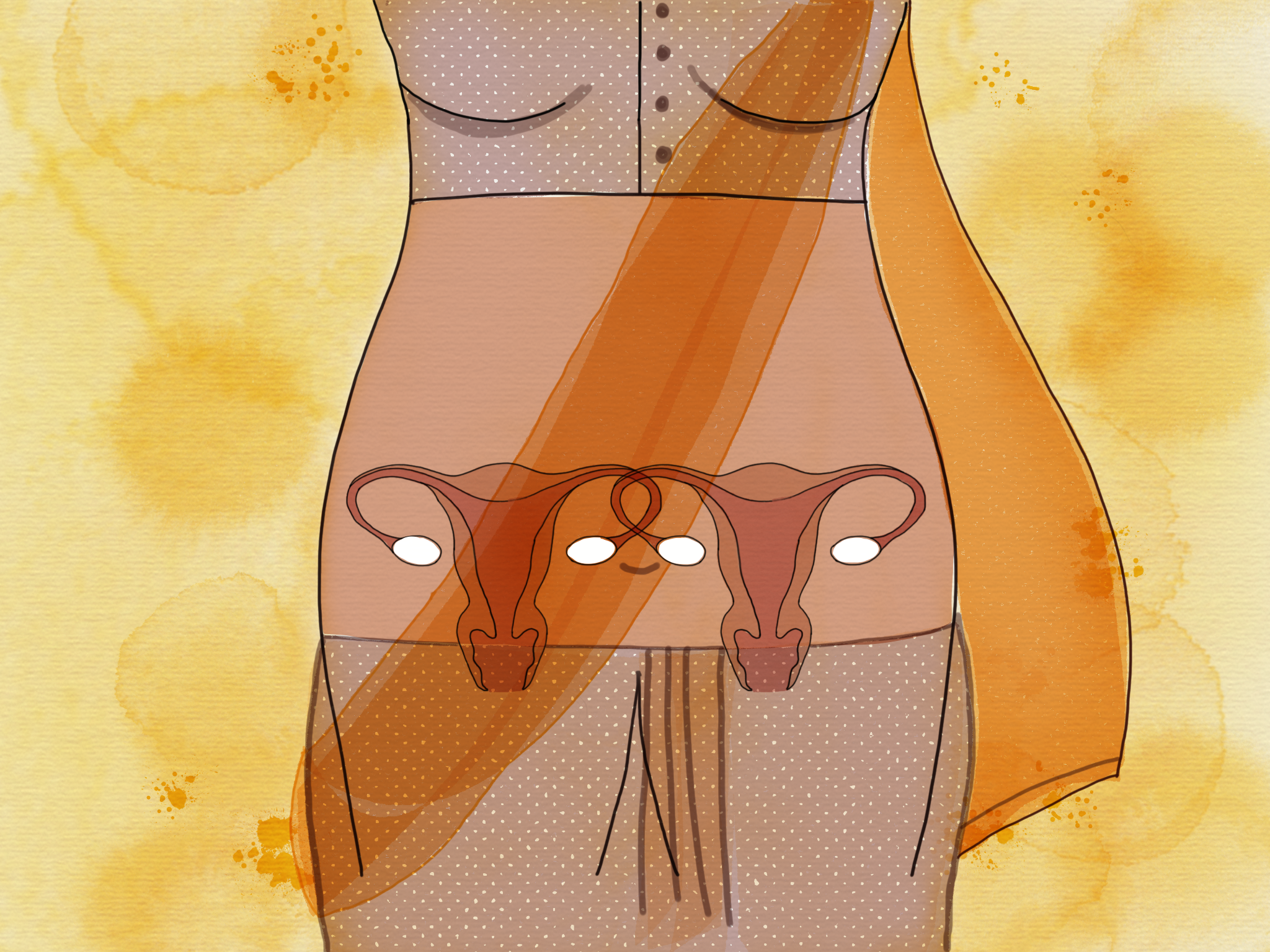 But that conversation with my mother, though, was about things none of us would have ever learnt in biology class. She talked to me about marital rape, and she told me that in a marriage, it is better for the woman to consent than to make themselves vulnerable to violence or marital rape, because she had heard so much about it. Yes, now when I look back at it I do think it was a patriarchal idea. But it also opened up conversations about sex between us.

Of course, I’d seen her laugh with her friends at sexual innuendo before that. I find it interesting to think about my mother because we are supposed to be a sex positive generation and our parents from a generation which did not talk about sex. My mother has been quite vocal in expressing her sexual desire. Most of our conversations around sex happen in Hindi, and often, without mentioning the word. During the marital rape conversation, for instance, she said, “Shaadi mein bohot buraa ho sakta hai, toh isliye haan kar deni chaahiye. (Terrible issues can arise in a marriage, so it is better to just say yes.)” After someone in my family got married, she asked her, “Kya tum satisfied ho? (Are you satisfied?)” to ask if they had sex on the suhaag raat. Sometimes, she asks me for how long I’d continue studying, and that I should enjoy life. When I reply that I am having fun, she says, “Kuch cheezein tum shaadi ke baad hi kar sakti ho. (You can do some things only after marriage.)” But at the same time, she is very comfortable discussing her sex life with me.

I think the reason she is so open about it is because she treats me as her equal. After I moved out for college, our relationship evolved. She no longer saw me as only her child, but as an independent adult. On the other hand, I learned to look at her as a woman and not just a mother. Moreover, others just assume she has no sexual desire, due to her age. Sure, she’s more shy about talking about her own desires, than if we were commenting on general practices. She’s otherwise very confident. She’s a very inquisitive person, and whenever we talk, she’s always asking questions.

She’s simultaneously a very spiritual person. Every six months, she has a new God to pray to. She likes reading, so she will read the same scripture a thousand times over. She just celebrated her 35th wedding anniversary, and she’s very excited to be going to Goa. She asked me, “Is it okay if I don’t have a bikini?” I also get to hear random details, and how she’s trying to work through situations, like how my dad is becoming fat, and she sometimes finds it difficult to have sex with him. This brings me back to the question: Why it is that when we hear about the sexual experiences of family members, we feel like running away? A couple of reasons came up during my discussions with my peers.

Most of these reasons don’t hold water, though. We have friends who have children, and we don’t mind talking to them about sex. We have conversations with people much older or younger than us. We don’t have a problem with the idea of our friends, acquaintances or anybody we have non-sexual relations with as sexual beings. Then why our parents? If our existence in the world is through a pleasurable act of companionship between two individuals, why should it be a mind block? Why would anyone not want to know about how they were created? I want to know all the details!

That’s a limitation when I am talking to my mother about sex. I cannot give her examples about my sex life, which is how it works with other people. It’s always a don’t-ask-me-how-I-know, sort of thing.

Once, I was showing her pictures of pride parade, hoping to come out to her, and she asked me, “toh yeh sab hijre hote hain kya?” I could sense the awkwardness, and often, these conversations with her are very politically incorrect. I said, “nahin nahin” and proceeded to discuss queerness, ending with, “baahar toh shaadi-vaadi bhi karke rehte hain.”

We have an unsaid agreement about discomfort. When she gets awkward with the direction of our conversation, I usually know. She won’t say, “don’t say such things”, or “you haven’t seen the world”, or anything like that. She will just nod and get silent. She will stop prodding for answers. That’s a signal for me that I need to stop. “Maybe today is not the time,” I conclude. And not all our conversations are learning graphs now. I don’t see my discussions with my mom as her learning from me or me learning from her. I just recognise them for the fact that they happen.

I’d like to come out to my parents as a feminist, as queer, and also an activist, but these matters aren’t things they‘d understand, I feel. I’ve spoken to my mother about how, if at all I get married, I will not do it in the way that most people in the family have. It will be a court marriage, with just a few people, because I don’t believe in the concept of marriage. For them, right now, because of their ideas about sex linked to romantic relationships, I’m pretty much a non-sexual being. There is a need to see the sex-positivity of previous generations, as well as perhaps our lack of it. Because as sex positive we might think we are, when it comes to parents, we still seem to be subject to our conditioning.

Nimisha is feminist and researcher, who has recently been indoctrinated to love cats. She is an amateur artist, trying to grow a creative bone in her body.